I wanted to make a list of things that I consumed that I thought were great in 2018. Some of this stuff probably came out in years past, but I enjoyed them a lot in 2018. 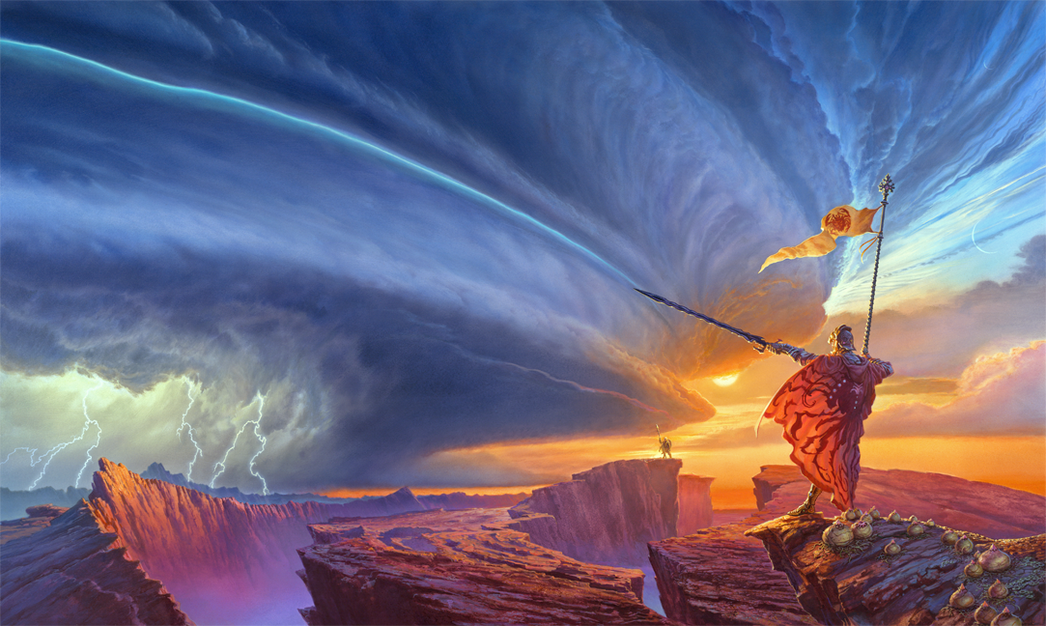 I am about to start Oathbreaker which is the third novel in this amazingly prolific author’s Stormlight Archive. Both The Way of Kings (Book 1) and Words of Radiance (Book 2) were excellent, and I read/listened to them in tandem this year a bunch while working out on elliptical/running machines. The storyline is utterly engrossing, and I like it because it is not as much to remember as reading through Martin’s A Song of Ice and Fire or Erickson’s Malazan series and although the books are huge they are not as minutely detailed as Jordan’s Wheel of Time (WoT) Series, which I am not going to lie got so detailed that I wanted to skip parts. Sanderson has an interesting relationship with Jordan with picking up his WoT writing duties upon Jordan’s death. I have not read the newer WoT books by Sanderson yet.

As for the actual way I listen, it is so refreshing to be able just to hit pause on my iPhone and then later on in the evening pick up exactly where I left off when I pull out my iPad for reading. I used to segregate a non-fiction book for listening with audible, and a fiction book for reading on Kindle but now WhisperSync is such an easy tech solution. Over the past few years, the price of ebooks has crept up to where I usually would buy the physical book and then donate it. It seems like now I can pick up the audiobook at a considerable discount when buying the digital book now which shines with the use of WhisperSync. I end up paying probably 50% more than the physical book, but I get the digital version and the audiobook.

I have written about it before, but I am all back in for RSS at this point. The Walled Gardens of the world are terrible and only serve as echo chambers. I like the cyclical move back to everyone having their own blog/user owned space and not being at the behest of a corporate entity that just cares about selling the person’s data and creating addictive messaging that have some pretty grave consequences on both the macro (society) and micro (average Joe/Jane’s mental health with everpresent comparison to other people). So I went looking for a good newsreader in 2018 and settled with FeedBin, and I love it. I can suck in RSS, and Twitter feeds, Email newsletters, and with some tooling, I can bring other data/story streams to read. 2019 won’t be the year everyone quits Facebook/Insta, but any dents are significant in my opinion.

There have been a couple of new comic series that I started to read this year that are notable. I liked the first few issues of Image’s Isola, and although I am only a few issues in, X-men Red has been pretty good so far also. I think the standout for me this year has been Image’s Oblivion Song. The art, the story, the pacing all fits together very well. Without giving anything away the city of Philadelphia was swallowed by this “thing” they call Oblivion. We tried to rescue people for a long time but gave up hope. We are now ten years after the initial events and a guy named Nathan Cole still ventures back into Ill-ideplhia to try to rescue people. It looks like there is a digital TPB of the first volume (1-6). Even if you don’t like comics, it’s a great story and one I would highly suggest trying. It is on par with Saga, and I could eventually see it becoming a movie or series at some point.

I have been a massive fan of his channel for a long time, but the in-depth review of all the Harry Potter films is a must watch. Sit down, take 3 30 min chunks and think back about this great series. He doesn’t sugar coat the downs, but you can smell his enthusiasm on the ups. If you think it is weird that I am gushing about a retrospective of a series of movies (2 levels of meta going on here - reviewing a review) please do yourself a favor and check it out. Hands down, the best thing I watched on Youtube this year.

I went back and looked at my gaming highlights this year, and this was a year filled with HUGE blockbuster titles and SO many new games, and I am sincere in saying that absolutely nothing has grabbed me this year. Everything I played this year, no matter how well done and expensive, created any no more than just 2-3 weeks of fun. Last year towards the holidays I was immersed in Battle Chasers, so much so that I went and bought all the comics to learn more about the characters (not worth it, sorry). The game was excellent, however, and it felt like being a kid again wanting to play so much over a holiday break. This year, nothing. I played all the big ones Red Dead 2, Fallout 76, Destiny 2, etc. and while some were fun nothing had a staying appeal for me except: Sonic Forces on my phone.

It’s a pure little live multiplayer competitive runner with 2 or 3 different leveling treadmills going on, but the sweet spot in this is that you don’t have to spend any money to be competitive and/or to acquire new runners. Throughout 2018, I have maxed out 3-4 of the common runners and am pretty competitive in the games higher levels with them. I only play about 10-15 mins a day but its a pretty solid throne game. I have put about $10 into the game. If you purchase anything in the store, it will rid the game of always present ads. However, it will not rid you of watchable ads, of which I usually have to view 2-3x 30 seconds ads a day to open up blue chests, but the fun of the game is worth it.

I think Disney made a bad move when it went to produce a new theatrical Star Wars film every year. Although for nerds like me that is a great thing, I think for the general populace it creates a shallow world and one where the stories don’t mean as much to the average viewer. I believe this is why Solo got panned so much when it came out. Right on the heels of The Last Jedi, I think people needed to see a non Skywalker related movie. Something like Rogue One can fit into this release schedule of the last trilogy, but something with such a close tie to one of the most beloved characters just didn’t. I think that the overall release schedule for this film soured it in some people’s mind which is unfortunate.

However, the film itself was fucking everything I wanted it to be and more.

Upon a second and third viewing, I think Solo is going to age VERY well compared to most films, and I believe in 10 years people will look back on it the way they will Rogue One. Decent story, great characters. I would say a few too many nods to the original trilogy. I have written about the film previously, so be sure to go check that out on my in-depth opinion on it and the novel tie-ins.

Why We Sleep - Matthew Walker 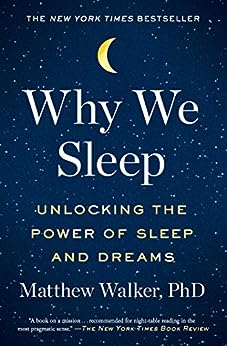 It was close between this and Harford’s 50 Inventions that Shaped the Modern Economy as my favorite non-fiction book this year. This one beat it out though because I feel like it offers VERY realistic data about sleep and it sounds like Whitaker has dedicated his life to studying the thing that all of us do for 1/3rd to 1/2 of our lives and yet there are TONS of unanswered questions about it.

There are two main subjects in the book that I enjoyed, one was when Walker talks about how sleep habits have changed throughout history and the second was the lack of sleep and its relationship with cancer and overall cognitive decline as we age (aka not just impacting the next day). Great book and I highly recommend.

On the Fence about including:

Spiderman: Into the Spiderverse

I didn’t know if I wanted to include this film on this list, but holy shit - what a refreshing take on a superhero film that doesn’t have 32 A-list actor egos battling for screen time. I don’t know how this story idea came about, I have to think that the money people in the room were probably like “Wait… what do you want to do with our $piderman again?”.. but man… it worked, and it worked well. The art style was amazing, and the different archetypes for Spidey were great. I debated if I wanted to include this or not only because of recency bias, we saw it about a week ago, but the story is still turning over in my head. I think it is going to go down as one of the best movies of 2018 when all is said and done.