I am an avid Star Wars comics and book reader. I have had a few people ask me about starting to read SW comics and I have to give them this crazy rundown that usually sounds something like this:

“So Marvel started making comics back in the 70s when the movies came out, then a company named Dark Horse took over. Disney ended up buying the franchise and starting with a blank slate, tabula rasa. So, while they are some good stories, anything during that Dark Horse (DH) period isn’t canon. And actually, even though Marvel printed the original series, a lot of that isn’t canon either because they have what is called the “new continuity”. So just to be safe (and stay in canon) You want any Marvel comics after 2015 except for a few series like Son of Dathromir which is canon and is DH. “

Usually, their faces have folded in on themselves at this point and they just ask:

“Well, what should I start with?”

and my answer is ALWAYS: 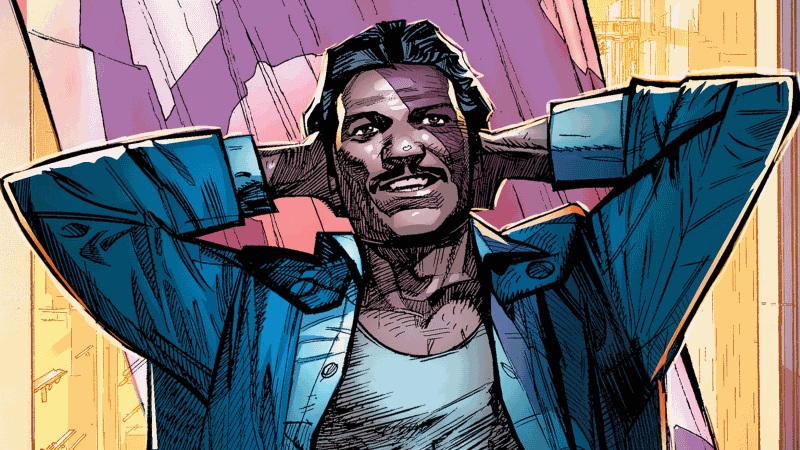 The original Lando miniseries was brilliant. This was one of the early stories that one of my favorite new writers handled (Charles Soule) and he knocked it out of the park. The art by Alex Maleev is absolutely on point also. Probably some of my favorite comic art in all of SW. There are 5 issues in the series and it chronicles Lando and Lobot as the get out of one debt and fall into another.

One of the neater things about the series is not only the two alien creatures they accompany (the clones Aleksin and Pavol) but also that some of the things they find. Now, years later you can see how some of those things now tie into other parts of the canon especially in regards to the Sith and the lengths that they will go through to retain power. Also if you watch there are definitely some things on board the ship that you will see not only in other SW comics but also the movies.

It looks like the series is available digitally for Kindle/Comixology and also there is a really good Hardcover where you can get the full initial Lando, Leia and Chewy series all in one book. I can’t recommend this series enough and I love talking to people after they have read it and seeing if they thought it was as awesome as I did.